As a first timer at SXSW, it was a challenge to carve my way through its myriad sessions. I felt like the kid in the candy store, paralyzed by the choices in a world of deliciousness. To find my compass I gave myself two guidelines. The first and obvious one was to attend sessions that are relevant for my industry – creativity, innovation and corporate culture. The second was to join a spectrum of discussions that were diverse and covered a broad range of topics. I also challenged myself to look out for some overarching trends that are relevant across industries. Several themes came up multiple times, but after skimming through my notes, I was able to determine one trend that seemed to stand out more than any other.

Connection is the topic that I found was addressed from many angles. Although that trend might sound trite at first, it becomes more important when seen in all of its variations in the fields of government, news, design, new technologies, psychology, etc. Let me share a few examples of sessions from SXSW 2018 that illuminate the range of the spectrum.

Amy Webb, from New York University and the Future Today Institute, gave a stunning presentation about the emerging tech trends of 2018. She explained why the era of smartphones is beginning to end, how AI and data are deeply impacting how companies work, and how biotech is changing healthcare as we know it. While going through the most relevant technology trends in various industries, she pointed out one of the biggest mistakes – that many companies only focus on the trends that directly relate to the products they build. In Webb’s opinion, the cycle of doom that occurs when a company gets disrupted by paying attention too late to evolving trends can only be avoided by being aware of major trends in different industries. Only when we understand the bigger picture of global trends – how they are connected and influence one another – will be able to notice the effects and the impact before it is too late to adapt.

In our highly specialized world, one must become an expert in a well-defined niche to be able to stand out and compete. In the Renaissance, which Walter Isaac explores through his research on Leonardo Da Vinci, the disciplines were more interconnected. Isaac demonstrated how deeply science and art were tied together and influenced one another during Leonardo’s time. Leonardo's technical drawings were a piece of art, and his art illustrated new scientific discoveries, such as the flow of water and human anatomy. The curiosity to discover laws of nature and artistic creations were tightly intertwined.

In the last decade, we see a revival of the connection between art and science, along with the discovery that artists and scientists have more in common than assumed.

If you Google “connecting art and science” you find an abundance of recent articles and studies that elaborate this trend, whereas previously art and science were seen as polar opposites.

The current political situation, nationally as well as globally, has created a climate of divisiveness and polarized societies. In one session, the mayors of New York, Austin and Portland talked about new strategies to make up for the lack of government leadership; for example, on climate change. The campaign “Mayors for Net Neutrality,” is another example of mayors connecting with each other to share strategies, resources, failures and successes and to work together more closely than ever to have global impact. In another session, London Mayor Sadiq Khan explained that London is also building stronger connections with organizations and cities worldwide to collaborate and make up for the isolation that Brexit is expected to bring. At a time where the relationship between the leaders of countries is stifled, a network of local communities is strengthening their influence through joined efforts.

The impact of social connections on health

Connections are powerful on an organizational level; the same holds true when it comes to personal connections. Boston Globe editor Billy Baker shared insights about the impacts of loneliness on health. His article,  “The biggest threat facing middle-age men isn’t smoking or obesity. It’s loneliness,” went viral. As he says, “Loneliness has been linked to an increased risk of cardiovascular disease and stroke and the progression of Alzheimer’s. One study found that it can be as much of a long-term risk factor as smoking.” Social connections have a strong influence on our well being, our happiness, and, ultimately, on the length of our lives.

Connecting with customers through marketing

Brands are building stronger connections to their customers than ever before, or at least the level of connection is much deeper. A. J. Hassan, an Emmy Award-winning creative director, explained in her talk, “Creating a Purpose-Driven Brand by Design,” how advertisement is not focusing on the features of a product anymore. It is building loyal customers by developing a connection that is based on shared values and beliefs. The consumer identifies with the brand through a shared purpose.

David Aycan, managing director at IDEO, named collaboration as one of the main characteristics of creative and innovative companies. Innovation is teamwork, and only companies that build the framework for cross functional connections will be successful.

Teams that collaborate across functions on a daily basis are 38 percent more likely to have a successful launch, says Aycan.

After attempting to funnel all my experiences into one major trend, I came across an unexpected confirmation. I found a short video clip that SXSW had produced about the 2018 festival. I was delighted to read their title to sum up SXSW 2018: “Globally connected!” 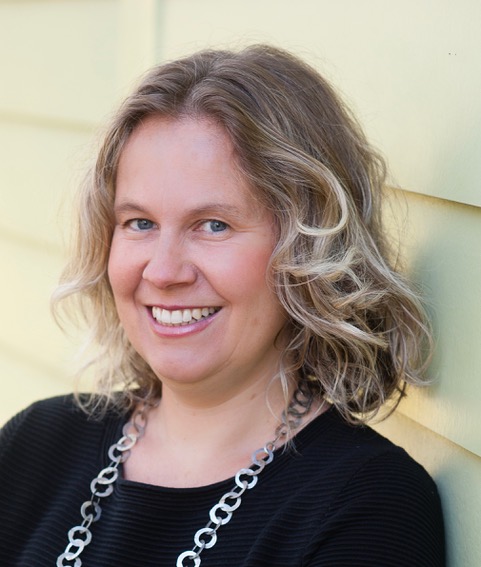 Christiane Michaelis is an expert on creativity. She studies the subject, speaks publicly about its benefits in the working world and demonstrates it through her company, The Dirty Easel. Christiane founded The Dirty Easel to help organizations use their creative muscle to innovate and drive growth. She believes that businesses that fail to innovate will become obsolete and that companies that build a culture of innovation will find themselves on the path to growth.

Through The Dirty Easel, she conducts team building workshops in which she uses experiential painting as a tool to stimulate the creative process. The painting experience helps people understand how to work creativity – both alone and in teams.